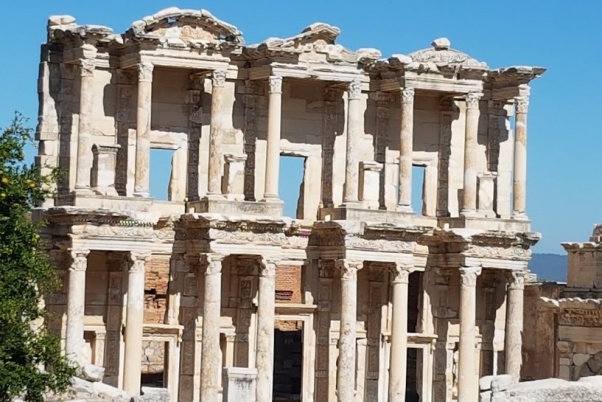 The ruins of Ephesus were one of the most visited tourist sites in Turkey, but with all that is going on in the world, it is much quieter. Less tourists make it much easier to see everything (and to get some good photos) Make sure you go on an organised tour. There is so much history you don’t want to miss anything.

See the gorgeous Celsius Library, built in the 2nd century AD with its giant columns and façade. You’ll see the spectacular Grand Theatre, originally built in the 3rd century BC by the Greeks and later expanded by the Romans to its present capacity of 24,000. From this theatre St Paul used to give his sermons, and it is still in use today

The site is very exposed and made entirely of stone. It heats up quickly and even in mild weather, very little shade. So a hat and water are essential