Home Travel blog Why do we Travel?

Why do we Travel? 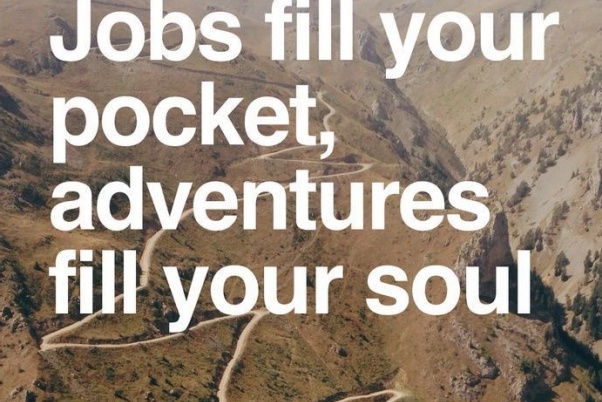 You probably already knew this, but it's nice to have it confirmed. A recent study at Cornell University found that spending money on experiences is more likely to bring you lasting happiness than spending money on material objects. The reason being that people "adapt" to physical objects – meaning the things you've bought will bring decreasing amounts of happiness as time goes on and you get used to having them around – whereas those one-off experiences will be looked back upon with joy that only increases.

So, spending loads of money on a fancy car, or a watch, or a dress, or a phone, or even a house, is not going to bring you everlasting happiness. You'll just become used to those things. That iPad you bought will be amazing when you pull it out of the box, and then boring after it's been played with it for a few weeks, and by the time three or four months have passed you'll be complaining about what a pile of crap it is and looking at ways of upgrading.

Shell out cash on a fleeting experience, however, something as simple as visiting an art gallery, or jumping out of a plane, or eating an amazing meal, and you've just presented yourself with a personal gift that will keep on giving. You won't become sick of the memories; on the contrary, they'll make you happier and happier as time goes on.

Those who've been bitten by the travel bug have known this for a long time. There's nothing you can buy in a shopping mall that can compare to the joy of rocking up in a foreign country and preparing to explore it. There's no house or car fancy enough to be able to top the thrill of being in a place where you don't speak the language and have no idea what to do.

Even the bad travel experiences wind up being good for you. How many times have you found yourself regaling people with your tales of travel gone wrong, like the time you got food poisoning in Mexico, or the time you missed a flight after Oktoberfest, or the time a guy ripped you off in India? And you're laughing about this stuff; you're boasting about it.

If you ever needed a demonstration of the power of experience as happiness, then that is it. Even those nightmare episodes when everything goes wrong tend to be looked back upon fondly. They still make you smile years and years later.

It happens to me constantly. One time in Jaipur, in northern India, I honestly thought I'd been drawn into an international gold-smuggling ring, and was scared for my life, making a run for it down a dark corridor one night to get away from my new "friends" and half expecting to hear gunshots ringing out. But I survived, obviously, and I now look back on that craziness as a character-building exercise that I wouldn't swap for all of the objects in a SkyMall catalogue.

But the good news is that you don't have to naively wander into a smuggling ring to become happier: anything you do while you travel will bring success. Splashing out loads of money on an amazing experience will do it. Slumming it on a budget at a hostel will do it. Running around checking off tourism highlights will do it, just the same as hanging around in a café for an entire day will do it.

There's no wrong way to make this happen. All you have to do is commit to leaving home, to seeing the world instead of trying to secure ownership over little pieces of it. See. Do. Eat. Drink. Explore. Run the full gamut of experience.

Travel, after all, is everything. It's joy. It's fear. It's love, it's hate, it's surprise and it's confusion. It makes you smarter, and it makes you happier. Why would you spend your money on anything else?