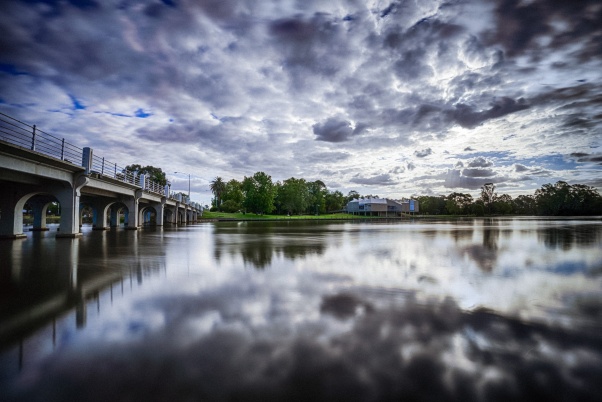 Ahhh – The Delight of a Classic Road Trip. This Article Is Not My Own – I Found It in a Recent Edition of an RACV Magazine. But What a Great Read – What a Great Idea For a Road Trip. Where Will Your Next Road Trip Take You?

“Well if you ever plan to motor west, Just take my way, it’s the highway that’s the best, Get your kicks on Route 66.” Chuck Berry

Motoring featured strongly in Chuck Berry’s rock ’n’ roll repertoire. In his hit “No Particular Place To Go”, he sang the praises of just “cruising and playing the radio”.

But it was his version of Route 66 that arguably best captured the magic of a single road that straddled two-thirds of North America from Chicago to Los Angeles. Route 66 has become a destination in its own right, its appeal partly drawn from the popularity of the song, but also from the opportunity to experience small town America and its history. And probably also because, having been decertified as a national highway in 1985 when superseded by the Interstate freeway system, it’s become ‘alternative’ and you’ve got to go on a bit of search/adventure to find it.

Frank Burke argues something very similar is on offer in Australia.

It’s a number familiar to anyone doing the Hume Freeway run from Melbourne to Sydney, but it’s the old Route 31, through places such as Beechworth and Berrima, that excites Frank.

Every Victorian knows Beechworth as a wine and food destination and home to the courthouse in which Ned Kelly was committed to stand trial. But it means little to travellers from outside Victoria heading towards Melbourne on the modern Hume 30km to the west, Frank says.

Likewise Berrima, founded in 1831 and home to a wealth of original colonial buildings, is barely noticed since it was bypassed by the freeway 26 years ago.

They are a sample of what remains to be discovered for people willing to give some time to discovering history, says Frank, who has founded the non-profit organisation Old Hume Highway 31. His vision is for the original route to be a destination in its own right.

“It has everything you could want for a wonderful holiday, except surf, although it’s got some wonderful beaches on the Murrumbidgee and Murray rivers,” Frank says.

“You have Goulburn and Yass, the centre of the wool industry. There are gold rush towns, and because of the gold there were so many bushrangers both sides of the border.

“In Gundagai, in the Niagara cafe, you can sit at the counter where (then Prime Minister) Curtin sat during World War II. It’s the most important road in Australia and the history behind it is unequalled.

“I was watching what was happening to the highway as all these towns were being bypassed and no one was doing anything. If we take no action, then we can have what happened to Route 66 in America where the main attraction is looking at dilapidated and abandoned buildings.

Bringing the Old Hume back to life

“David Knudson (executive director of the Route 66 Federation) said to me that we are in a much better position than they were because we haven’t sat on our bums for 20 years the way they did. Everything we want (to promote) is still there.”

Frank, the brother of celebrity gardener Don Burke, has made much progress towards making his idea a reality.

The meeting at which his organisation was founded in Yass nearly two years ago drew more than 60 people representing VicRoads, the National Trust of Australia, police, local councils and business organisations, and it created a steering committee to further the idea. Two of the towns participating were Seymour, represented by John Keeffe, and Euroa, represented by Andrew Burton who operates the town’s long-established grocery business.

“It (the Old Hume Highway concept) is a great idea,” John says. “In 2014 I travelled from Florida to Washington and on to Maine on the I-95 which is the equal to the Hume. We got off at every opportunity to explore the towns and that’s the key. Don’t take your rest break out on the freeway, take it in the towns. It offers Seymour the opportunity to showcase what it has to offer to people: the Tank Museum, the Vietnam Veterans’ Memorial Walk, the Light Horse Memorial Park.”

It seems that being bypassed by the freeway has breathed new life into many of these towns. John cites Benalla as an example, which has footpath cafes that were impossible when heavy truck traffic rolled down the main street.

And once Euroa was bypassed, bed and breakfast accommodation started springing up, Andrew Burton says. “When the highway closed, the town changed. It’s made it a much more peaceful place. We’re aiming for people to have the time to poke around the town. There are a lot of historical houses here that are quite grand for their era. There’s the Kelly Gang Memorial – Ned robbed the National Bank here (in 1878) – and some of the old hotels are magnificent buildings. There’s lots to see in the hills around here.”

Frank Burke’s regard for the Hume began with his childhood. Once his father’s work took their family to Sydney, he says every holiday featured a trip back to Melbourne. For many who drove the road before lanes were duplicated and towns bypassed, mention of the Hume revives memories of slow-moving traffic with only random opportunities to overtake.

None of it worried Frank Burke. “That frustration, the slowing down for towns and the speeding up, getting around the trucks, was part of the trip experience. That’s the way it was.”

As with Route 66, it’s not possible to drive the entire length of the old Hume separately as some sections were used for the upgrade to freeway standard. Yet the remaining single-lane sections lined with gum trees are the making of a charming country drive.

Got its own song

And also like Route 66, an iconic song is becoming part of the mix. Singer Lucky Starr has joined the cause by reviving his 1962 hit I’ve Been Everywhere but with new lyrics listing 86 Hume townships. Frank says he has interest from a bus company to run an historic tour of the Old Hume over, say, seven days with regular stops to soak up the history. And for the self-guided tourist, Frank is preparing to produce an atlas of the route with maps and descriptions of the towns.

It sounds like an enormous amount of research but much of it has been done. When the last NSW town on the Hume was bypassed two years ago, the NSW Roads and Maritime Services department issued just such a book, sub-titled Routes, Towns and Turn Offs on the Old Hume Highway. It breaks the 550km of the Hume in NSW into 10 sections with maps colour-coded for the original route and the current one. Frank has begun work, aided by former VicRoads employees, on a Victorian equivalent.

The task Frank has set his organisation is to link up what remains into a coherent whole. That means identifying signs declaring a section of road to be the Old Hume. Some enthusiasts have already gone further.

In a backyard in the long bypassed gold mining town of Chiltern, near Wodonga, two former motor mechanics have begun recreating the roadside mileposts that existed on the surrounding section of the Old Hume.

“We’ve made a wooden carcass and covered it with cement sheet for the post,” former RACV serviceman Adrian Gray says of the project he shares with Peter Gaston. “The edges are fibre-glassed and filled before painting. They’ll have an M on top and on one side of the post the distance from Melbourne and on the other side of the post the distance to Melbourne. They are the same dimensions as the original posts. At the moment we have made nine to go from Wenkes Crossing to Barnawartha.”

With the determination of the likes of Adrian, Peter, and Frank Burke, the Old Hume experience looks as if it will be as authentic as possible – only the trucks will be missing.