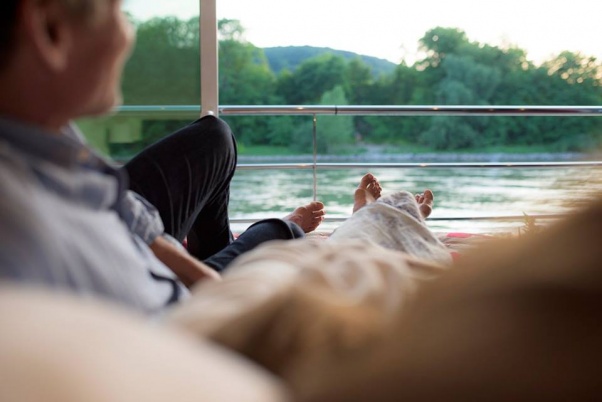 Each year, thousands of Australians and New Zealanders are making the pilgrimage to the world’s most famous rivers to take part in a cruise revolution –river cruising. With more and more travellers discovering the delights of a river cruise holiday, it’s no surprise it’s one of the fastest growing cruise sectors among Australians and Kiwis, but it’s also booming around the world. There is so much demand that river cruise operators are constantly building new ships, each more spectacular and luxurious than the last.

River cruise operators are constantly upping the ante on what they offer guests. Whether it’s active excursions for health-conscious travellers, a cookery school, volunteer tourism options, state-of-the-art amenities, or itineraries geared at families or younger holidaymakers, there is a river cruise to suit every type of traveller. From the Mississippi to the Mekong, the world’s rivers are becoming the hottest way to transport tourists in search of a new, relaxing way to travel. There is something so blissful about exploring Europe via its medieval highways, each day disembarking in another picturesque riverside town to explore its cobblestoned streets or hilltop castles. A poll by the world’s largest cruise site, Cruise Critic, found Amsterdam to Budapest was the most popular European route for a river cruise, followed closely by a cruise in France. In Asia, a cruise along the Mekong in Myanmar was next on the river cruise hit list. The leisurely cruise along the Rhine and Danube from Hungary to the Netherlands via Austria and Germany has long been a favourite with travellers offering an irresistible combination of quaint medieval villages and beautiful European cities.

Travelling from the Black Forest to the Black Sea, the Danube is one of the most legendary rivers in the world, offering a journey through ten countries presenting travellers with an intriguing mix of food, architecture and history. The Seine and the Rhone in France offer endless chances to indulge in fine French wine and cuisine while visiting charming riverside towns such as Lyon and Rouen. Other rivers offer lesser-known alternatives, like the Elbe in Germany, the Duoro in Portugal, the Po in Italy and the Volga in Russia, each offering their own memorable highlights.

Waking up to find a new destination outside your cabin is one of the great joys of cruising, particularly on a river cruise. Every day is a port day when you travel by river, bringing fresh destinations and ever-changing scenery for the entire duration of the trip. Due to their smaller size, river cruise vessels offer an intimate travel experience with many benefits. For some, it’s nice only cruising with 100 other guests and for others, it’s the thrill of being able to park in the heart of cities such as Paris and Amsterdam that is most appealing.

While river cruising was previously popular with retirees, younger age groups are increasingly discovering the joys of this relaxing type of travel as we are all looking for ways to slow down and reconnect and a river cruise offers the perfect opportunity to go with the flow, even if it’s just for a week or two.

While Europe is the biggest drawcard for river cruise enthusiasts, the region to watch is Asia where more and more cruise operators are offering a relaxing way to explore Myanmar, Vietnam, Cambodia and Laos, with their ancient traditions and exotic cultures, all effortlessly experienced in comfort aboard a modern river cruise ship.