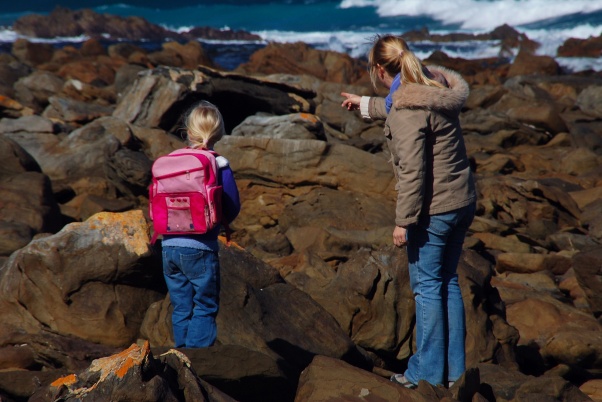 Remote coastlines, vast national parks, seasonal waterfalls, and fresh, fresh air beckon the bushwalker to Kangaroo Island. From the fit and adventurous to a young family out for a short stroll, come discover a lost world.Most trails (32 of them) are in conservation parks where habitat is set aside for nature and the trails allow you to share space with wildlife. Imagine an echidna train passing by, a whale sheltering with its calf below a cliff, a sea-eagle catching a fish.

Imagine not seeing another person for the whole day, the reward of an azure sea view, a picnic on an empty beach.KI Wilderness Trail, from the Flinders Chase Visitor Centre to Kelly Hill Visitor Centre, is a 5-day, 66km trail which connects existing paths with 40km of new trail through the botanically unique area in all of South Australia before reaching the rugged, remote and spectacular coastline of the Southern Ocean.

It’s best in milder months between April and September.Kangaroo Island Walking Club takes a walk each month to places you might not otherwise be able to access and grades its walks ‘A’ (hard) to ‘C’ (easy). The club welcomes visitors to its walks and shows off the island through local eyes.

Water and sun adviceIn warmer weather in particular, take plenty of water. Kangaroo Island in general has a low rainfall and most falls in the cooler months. Creeks dry up in summer and autumn; some trails do not have rainwater tanks or tanks on site may not hold supplies. Cool winds can deceive your sun protection instincts. Wear sunscreen, hats and protective clothing.Accommodation for bushwalkersKangaroo Island has a diversity of accommodation: luxury lodges, hotels, motels, farm stays, bed and breakfasts, beach houses and camping. Camping grounds are located across the island, and caravan parks are situated at Penneshaw, Kingscote, Parndana and before the entrance to Flinders Chase National Park. Heritage accommodation is available at all three KI lighthouses and at Rocky River.

The mild temperatures and dry conditions of autumn are made for bushwalking.Flinders Chase Coastal Trek, a 3-day hike from Cape Borda to West Bay along the west coast, is not a clearly designated route so best suited to experienced hikers. The trek takes in some of the island’s most remote coastline, and coastal heath, mallee and forest vegetation. The ocean is very high energy on the west coast and swimming is not recommended.If you have a few hours, try the walk from Harvey’s Return to Cape Borda or venture down the steep path to the Harvey’s Return cove – a careful scramble around the rocks rewards you with extraordinarily contorted schists. From Penneshaw, the Ironstone Hike is steeped in local history and commands an eye-catching mainland view. Take a short stroll to the delightful Tadpole Cove walk at D’Estrees Bay to see an historic threshing floor, weird geology and possibly an osprey soaring along the shoreline.

Winter bushwalking has it all on Kangaroo Island. Invigorating treks in bracing winds straight off the Southern Ocean one day; serene cliff-top or beach walks in sunny and calm conditions the next. Even the strongest wind drops to a breeze once you enter the dense coastal mallee or forested valleys of most trails. But the stormiest days are memory making – you won’t forget an elemental immersion at exposed locations like Cape Willoughby or Cape du Couedic.The 2-day, Cape Gantheaume Coastal Trek revels in a thumping Southern Ocean and the contrast of the delicate flowers of low coastal heath, bird song from resident Western Whipbirds and the plaintive call of Southern Emu-wrens. The trek has no facilities and is recommended only for fit and experienced hikers.Western River’s Waterfall Creek hike packs a lot into its 5km, passing through sugar gum forest and sheoak woodlands to a spectacular waterfall view framed by tall grasstrees. Look for orchids, early boronias, plenty of fungi and Glossy-black Cockatoos.

Wildflowers and orchids are blooming in a gorgeous display, fungi are popping through the leaf litter, birds and wildlife are active, the creeks are flowing, sometimes over waterfalls, and the temperature is kind.The full-day, moderate-rated Rocky River Hike takes in the Platypus Holes Walk and Rocky River Cascades. The vegetation is ever-changing from tall sugar gums and grass trees to mallee and coastal heath sporting orchids and other wildflowers.Try one of the many half-day walks in Flinders Chase to see the riot of flower colour and birds such as Yellow-rumped Pardalotes foraging in the gum leaves.For a huge diversity of flowers in 30 minutes, take the Beyeria Conservation Park walk. Learn about the interdependent lives of plants, ants and caterpillars, and other biodiversity stories.

In summer, temperatures are usually milder than the nearby mainland but they can occasionally be extreme, and it is bushfire season. Plan shorter walks in summer; traverse beaches early or late in the day.The 9km Hanson Bay Hike can be completed in a few hours as an active workout or extended by careful observation of nature along the way.For waterbird lovers, the 11km Curley Creek Hike in Cape Gantheaume Conservation Park views the island’s largest inland waterbody, Murray Lagoon filled with migratory waders, from Bald Hill.From American River, try the Cannery Walk for a slice of history and the Investigator Trail, which skirts the Pelican Lagoon sanctuary zone, a tranquil area for spotting birds.There are short strolls aplenty around Flinders Chase Visitor Centre, and Kelly Hill Visitor Centre.