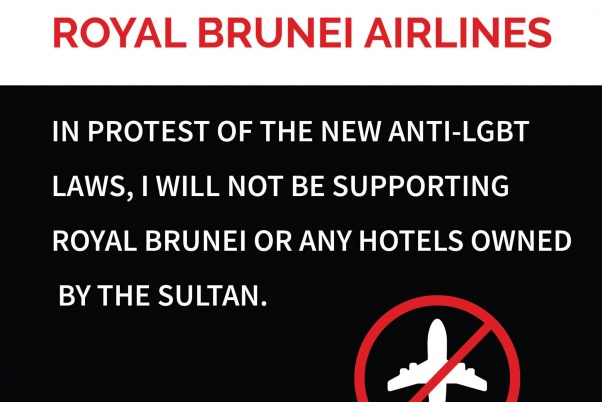 This is a re-post of an article written by an ABC reporter.

Brunei enacts Islamic laws to punish gay sex with stoning to death — The tiny nation of Brunei introduced severe penalties for gay sex and adultery — stoning to death and whipping — despite global condemnation.

Here's what you need to know  By Holly Robertson

MTA has issued a statement to the effect that we will no longer sell Royal Brunei Airlines nor any of the hotels associated with the Sultan of Brunei. These include: